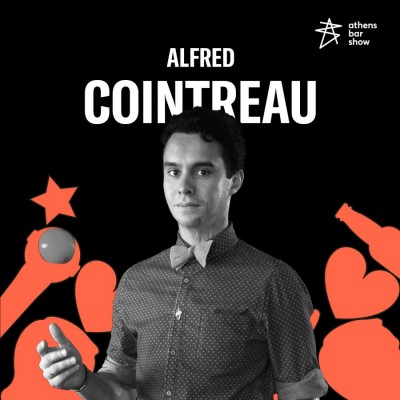 Alfred Cointreau, the 6th generation of the family, was born and grew up in Angers. This alone would qualify him as the ideal candidate for Heritage Manager for the House of Cointreau. But the young thirty-something does not content himself with resting on the laurels of his last name. His personality is bathed in family history, fed with personal meetings, gorged with curiosity,and enriched with a bar object collector’s tics. Originally not destined to be in the family firm, he remembers his grandfather, a fake retiree, who would go each day to the distillery with the same passion that drove him and that he transmitted to his grandson.
Baptized in Cointreau and the father of two bouncing little girls, Louison and Suzanne, he keeps up the culture of the House of Cointreau. Having gone through all the positions in the distillery, from unloading the sacks of orange zest to bottling to the art of distillation, young Alfred preferred the attractiveness, the contacts, and the richness of being out and about.
An all-rounder and not good at remaining behind a desk, Alfred  Cointreau refuse routine and much prefers moving around, meeting people, and exploring bars. All it takes for him is to hear the clinking of ice cubes, and he feels immediately at home. Wherever he is in the world, he sidles up to a counter, keeping his illustrious origins to himself, and gives the bartender carte blanche. Clarion of the orange label, more than anyone else, Alfred Cointreau embodies the sensitivity and easy lifestyle typical of Angers, sharing it with the rest of the world.