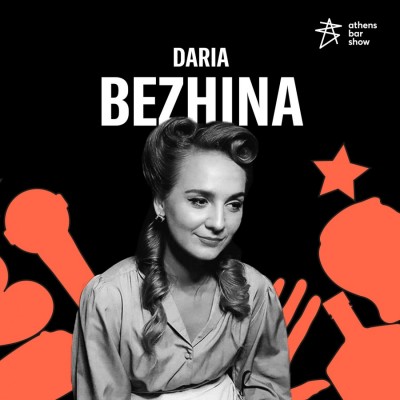 Sometimes, looking at my life, I feel like it’s been 10 different lives. I’ve been working in tourism, living abroad, been professional volleyball player, been a model, and even been working in a church.

Everything that happened in my life was a random chain of events that influenced directly to who I am today.

When I was 27 i decided that I want to be behind the bar and that’s how I I got to my first place - the Youth cafe. Situated in the very center of the city it is a brother of Moscow famous Delicatessen bar. In the period of less then a year from knowing nothing about the bar, even how to hold a shaker, I became a head bartender of the Youth. After a year working behind the bar, during the BATW 2016/17 competition, I opened with friends the first ever ghost bar in Moscow called Fellowship. I did that for 0 cents just getting all my friends involved in the process- the ones within the industry and ones not even connected to it. I did that to prove that the 7 handshakes-rule is not a myth and we are all connected. That event provided me with the victory in the BATW competition and took me abroad.

After the competition I was invited to Kazakhstan. Even though I was born in that country, I never considered it as my home. But I decided to accept that challenge, leave my beloved city of Moscow and try myself out going to Kazakhstan. I started my way there working in 1 bar, but in a short period of 3 months I was offered a position of bar manager of the biggest restaurant holding in Kazakhstan-ABR(it owns and operates more than 30 restaurants).