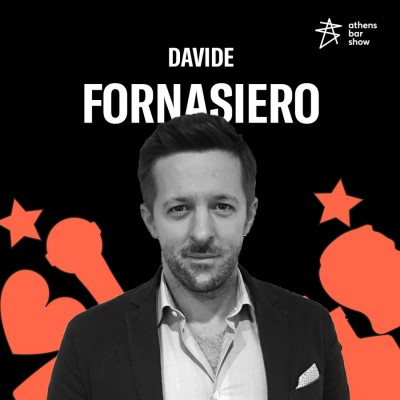 Davide Fornasiero, born in Padova in 1984 from Italian father and Irish mother. Approaches the world of  catering and bartending at the age of nineteen while his main pursuit is focused on a scientific career studying structural engineering after graduating in 2003 from a scientific high school. The passion for mixology becomes predominant when, in 2010, the need to test himself and to live a new experience far from his country takes him to Australia. Here he works as a bartender in a famous Italian Restaurant in Sydney, gaining the willingness to invest in this area of expertise on a professional level.
Once back in Italy, the following year, he decides to enter the world of Planet One Bartending School in order to improve his knowledge in this art. While working in different bars in Padova, he takes a basic, an advanced, a flair and a mixology course. Team Planet One other than giving professional ability, provides interesting work experiences being in close relations with the Campari Group.
Through this collaboration, he begins giving classes on the Aperitifs portfolio throughout the whole Italian territory and taking part in events like the Aperol Spritz World Record in Venice, the Italian motorcycling Grand Prix in Misano, the Vogue Fashion Night Out in Milan and the Global Premiere of the Campari Calendar year after year .
The further step in his training is focused on enhancing his expertise by studying the working philosophy of world class bartenders like Stanislav Vadrna (Analog Bartending Institute and Nikka Ambassador), Simone Caporale (Arthesian Bar in London), Dennis Zoppi (Italian World Class Winner and Zacapa Ambassador) and Antonio Parlapiano (founder of Jerry Thomas Project, Best 50 bars in the world) with whom he followed a 6 months master class on the world of mixology from 18th century early beverages to post- prohibition cocktails. In 2015 he  becomes Regional Brand Ambassador Aperitifs, giving trainings and classes in more than 20 countries in Europe, Middle East and North Africa while collaborating with Campari U.S.A., South Africa, Australia and being Trainer for Campari Academy and Planet One.