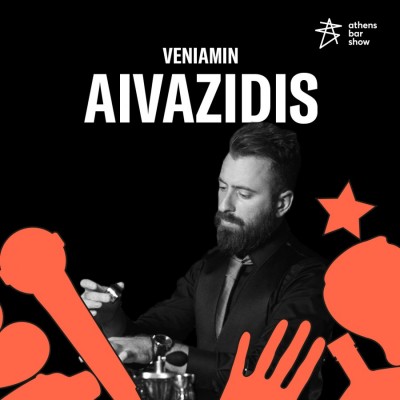 Benjamin has been in the food and beverage industry for the last 13 years. He left his mark on some of the most important spots in Northern Greece such as Sea You, The Blue Cup & Speakeasy and Three Pieces. He gain great experiences from his working time in London, and has attended major schools in Greece and abroad, such as Mr. Suzuki's Japanese Bartending Philosophy in Tokyo. He currently works as a Trainer for Diageo Bar Academy Greece since 2016.