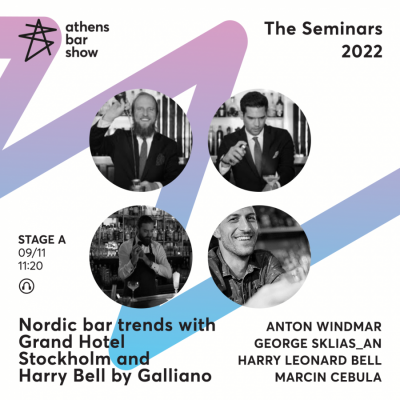 Anton Windmar is the Bar manager at the historic Grand hotel in Stockholm. Anton has an extensive and impressive background as a bartender both locally and internationally - He was previously managing the bars at Ellery beach house and before that he was a part of the bar team that took The Artesian, at the Brittish luxury hotel The Langham back to the top 50 bars in the world.

Since the opening in 2006, Cadierbaren has been the perfect place for both locals and visitors who are looking for top class flavours, handcraft in every ingredient and five star service. It serves cocktails created by some of Sweden's top bartenders. The bar is named after the Frenchman Régis Cadier who opened the doors of Grand Hôtel in 1874 with clear influences from France. The newly launched cocktail menu is based on the Swedish and French culture along with the late 1800s food culture, drink, art, the extravagant parties and fashion. The perfect mix of Sweden and France, just the same feeling that you will find in the entire Grand Hôtel.