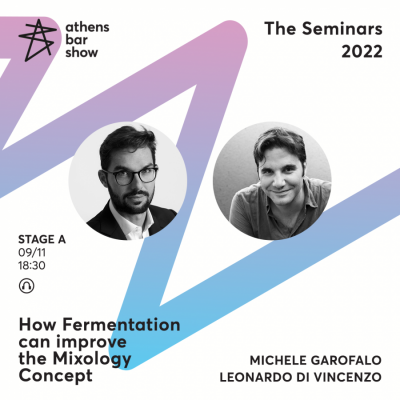 Michele Garofalo, born in 1986 in Sicily. He moved to London at the age of 23 with the aim of improving his linguistic and professional skills. His first professional approach to the city takes place at Mews of Mayfair, a gem in the heart of Mayfair, one of the finest and most elegant areas of central London.

A year and a half later, he moved to the 5-star luxury Bvlgari Hotel & Resort, in Knightsbridge, where quality standards were strongly linked to the exploration of sensory and olfactory paths typical of the perfumery art.

He then moves back to Italy in 2013, in Rome, and starts working as a Bar manager and start-up Manager in a new 5-star D.O.M boutique hotel, imprinting London’s typical style of mixology. During those years, he gets to know and starts working at The Jerry Thomas Speakeasy, a real tribute to Professor J.P. Thomas, a bar focused on reviving the pre-prohibitionist drinks of the great Golden Age of Cocktails, and World Best Bar for 7 years in a row. The following years are characterized by a professional evolution that sees him becoming teacher of the Jerry Thomas Educational Academy in 2015. In 2016, he becomes Ambassador for Del Professore Vermouth & Spirit, and in 2017 he becomes business partner of the Jerry Thomas Project. In 2018, he starts looking into the ancestral food preservation technique, which is mainly used nowadays for the production of alcoholic beverages: fermentation. This research eventually sees its results in January 2020 with the opening of Latta, Fermenti e Miscele. This is a project that currently sees him in charge of the Research and Development Department.