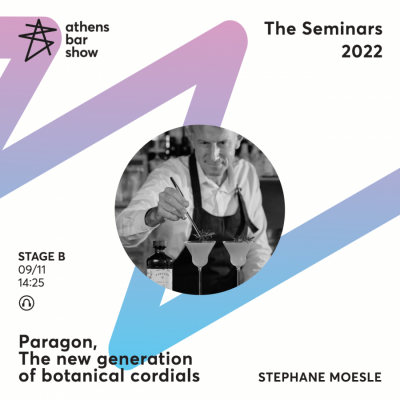 Originally from the French Riviera, Stéphane has quickly integrated the world of hotel and catering. His first internship at the Métropole Hotel (4 stars) in Beaulieu sur Mer is what inspired him to want to work in the world of the bar. The creative aspect, the felted and cosmopolitan universe, and the relationship with customers are the elements that seduced him.

After completing his studies, Stéphane left for England, in Surrey, to put his knowledge into practice. The shakers and Shakespeare’s language are no secret to him anymore! He improved his technique by returning to France and integrating the Bar Le Forvm (Paris), an institution that has been opened since 1930. He worked with great professionals who passed on their practical and theoretical knowledge about cocktail and flavour associations. He attended other prestigious houses, such as the Hotel Astor and the Sofitel Le Faubourg, as Chief Barman before joining MONIN. Upon his arrival in the company, he learned barista techniques to offer complete support to clients.

Beyond his career, Stéphane is involved in various competitions and invested in the profession by becoming Secretary General of the ABF (Association of French Barmen).

His creativity and training skills lead him to travel on to all countries of the Mediterranean basin to meet importers, barmen, and baristas in order to help them to develop their drinks’ offerings.