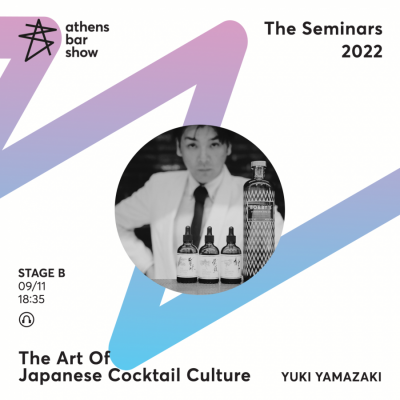 Yuki Yamazaki was studying music in London in 2003 when he decided to become a bartender. Seven years later he was invited to Whisky Live in Toronto, Ontario to take part in a whisky competition. As fate would have it – he won. He quickly became a well-known celebrity – it was the first time the Canadians had seen anyone carve ice balls. He went to work at the 250-year-old Herman Jansen distillery in Schiedam, The Netherlands in 2015 where he learned how to make spirits and liqueurs. After a year there, he became fully certified and was able to apply for his alcohol licence – thus enabling him to complete the production of his own bitters within two years. Along with the production, and with the courteous support from the Honbo Distillery, Yuki successfully received his own domestic brewing license. And, as they say – the rest is history!