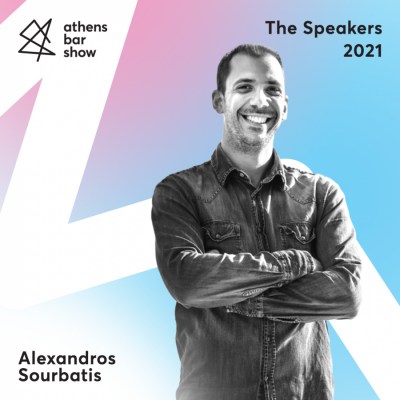 Alexandros has been involved in the hospitality industry since 2002. Based in Thessaloniki, he has worked in the bar industry of Chania, Athens, Cologne, London and Frankfurt. Although he studied electronic engineering, never completed his studies in order to follow his dream and work as a professional bartender. He attended the Greek Bar Academy, he excelled at the WSPC spirits seminar and in 2017 he graduated from the most distinguished spirits program of the world, in New York. He participated in national competitions in Germany and Greece. In 2014, at the Havana Club Grand Prix, he won the first place and represented Greece at the Worldwide Competition in Cuba. In 2016 he was selected as top bartender of Greece for Nikka Perfect Serve, while conquering the third place in the Worldwide Competition in Rome.