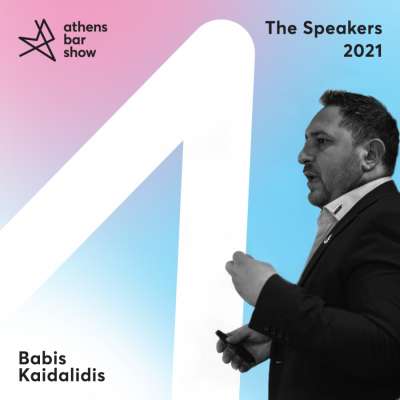 Having loved bartending and education, he took part in national and European competitions and attended courses in Greece and abroad to improve himself as a professional. In 2007 he created Bar Academy and set up the first seminars. In 2010 he launched the Athens Bar Show and in 2016 The Coffee Show.

During his career he has organized hundreds of educational programs for bartenders and baristi, cocktail competitions and events. Currently, he is the managing director of Bar Academy in Greece and Cyprus, a trainer for several Bartending & Bar Management seminars and the producer of Athens Bar Show & The Coffee Show.