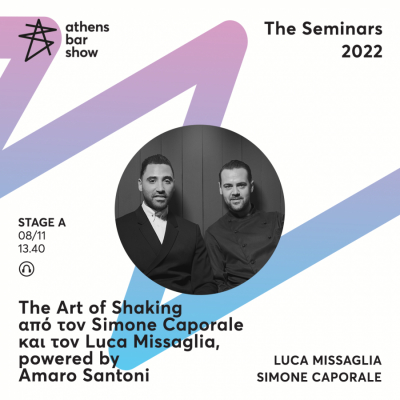 Creative mixologist, drinks-industry consultant and respected speaker – there’s no doubt that Luca Missaglia remains one of the leading lights in bartending and hospitality.

Born in Italy, Luca was passionate about drinks thanks to a bond with his grandfather, who worked in the wine and spirits business. Moved in the UK in 2009, first to work as a barista, he entered the drinks industry as a mixologist at the pioneering LAB Bar in London, and went on to run operations at Quo Vadis restaurant and members’ club in Dean Street, Soho, alongside chef Jeremy Lee.

This was also the start of a prolific run of award wins that include, among others, the Nikka Perfect Serve in 2013, the 24-hour Bar Build Cocktail competition in 2015 and nomination in Code Hospitality’s 30 Under 30. After taking the helm at the renowned Aqua Group, where he managed bar operations at nine venues in London and Hong Kong, Missaglia joined the ITALICUS team as global brand ambassador in 2018, and was nominated for the Best International Brand Ambassador by Tales of the Cocktail Foundation in both 2019 and 2020.

In 2021, he joined forces with Simone Caporale to launch Cocktail Concierge, a spirits brand-building agency, which partners with Amaro Santoni for its growth and expansion. Alongside his co-founder, he continues to advance the conversation in the drinks industry, using his expertise, experience and personality to inspire a new generation of drinkers.