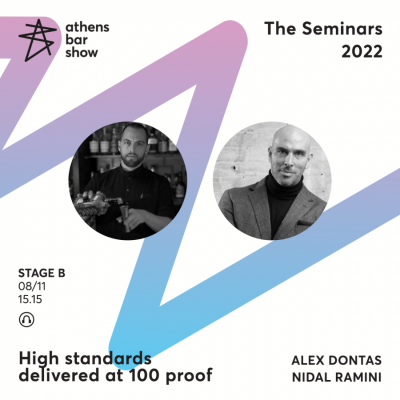 For more than a decade Alex Dontas is an active voice in Athenian cocktail scene and Greek bar industry. Constant search for new techniques, flavors or spirits led him to take part in several educational seminars travelling through Greece or around the world. That gave him a boost to compete against the best bartenders on a global competition in London as the Greek finalist.

Alex has worked as a bartender and bar manager in several significant bar projects in Athens hosting local or international guest shifts and events. Pretty soon he will be opening his own bar “Feelin’ Good Athens”.

Over the past few years Alex has been Jack Daniel’s Ambassador for the Greek market dedicated to gaining traction for the brand in order to make sure that “every adult is a friend of Jack”.