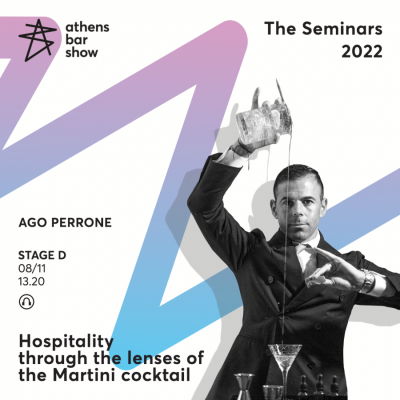 Having collected the world's most sought-after accolades and being associated with having rewritten the rulebook on hotel bars, Ago Perrone is undoubtedly one of the most prominent figures on the mixology scene globally. Ago's unique and fine approach to hospitality and mixology has established his consistent international acclaim along the timeless and unbeaten popularity of London's Connaught Bar – the world’s best bar as awarded by the world’s 50 best bars in 2020 and 2021, which Ago has led since the 2008 opening. Over the years, Ago’s commitment to hospitality has nurtured one of the most cohesive and dedicated bar teams in the world who continue to spread his vision alongside Ago’s own inspiring talks and classes taking place around the world and online, being testament to a unique mentoring legacy that has also been honoured with the accolade of Industry Icon at the world’s 50 best bars 2022.